An exit poll in Queensland after the recent state election, asked people who they voted for and why. Given the myriad of poorly run-and-administered taxpayer-funded programs, it was not surprising that ”delivery of state services” ran a close second to ”cost of living” as the key reason for people’s decisions.

During the “consultation season” it has become blindingly obvious that the political need for a plan that satisfies key marginal electorates in Adelaide has over-ridden the need for a plan that is actually deliverable through the physical, regulatory, and environmental constraints in the basin.

Much of the debate around the draft basin plan has been focused on numbers and not whether the government can actually deliver the water to (potentially) thousands of wetlands.

Given it could be years before the states have an environmental watering plan approved by the Commonwealth, it is difficult tofathom how the government can claim it needs 2750 Gl when it can’t even tell you which of the more than 30 000 wetlands in the basin it wants to irrigate

“The Bureau of Meteorology advised on March 21 that flows from the Murray, Murrumbidgee and Darling rivers are not expected to cause any flooding or access problems to towns along the River Murray. Based on current flow projections, river heights at other forecast locations, such as Swan Hill, Robinvale, Echuca, Euston and Wentworth, are expected to remain below their respective minor flood levels.”

The latest River Murray Weekly Flow Report dated March 31 states: “The peak flow (in SA) is forecast to remain under 65 000 Ml/day and is projected to arrive during mid to late April 2012.”

This, it states, is “due to large potential losses expected as a result of water flowing across expansive floodplains and through major irrigation areas”.

Unfortunately for taxpayers, it seems the government may have fallen for the green spin, and in an effort to save key seats in Adelaide will adopt the draft plan in its current form, ensuring long- suffering taxpayers will have yet another example of the poor “delivery of state services” to add to the ever-growing list. 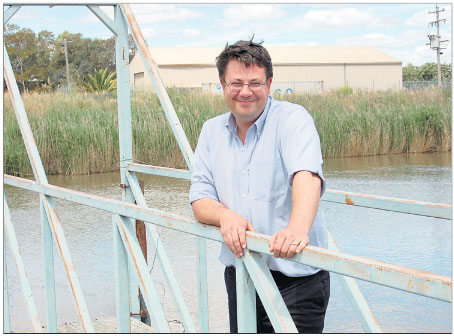