To generate and share positive stories, embedded with fact and research, to inform discussions and decisions involving the irrigated agriculture sector.

Sustainable Stories is about sharing the positive stories of the irrigators who are committed to protecting and enhancing the environment while growing our food and fibre.

There are around 9,500 irrigating businesses in the Basin – most are owned by families, who are passionate about what they do. Each year they get smarter and grow more with less. In fact, our farms are among the most efficient in the world.

But these aren’t the stories that are often shared in the media. Sadly, it’s usually the negative stories of the few doing wrong, or the heart-breaking articles of drought and devastation.

Recognising that more needed to be done about spreading good news stories, the National Irrigators’ Council has launched the Sustainable Stories campaign, to shed much needed light on farmers doing good.

Join us on our quest to support our nation’s growers. 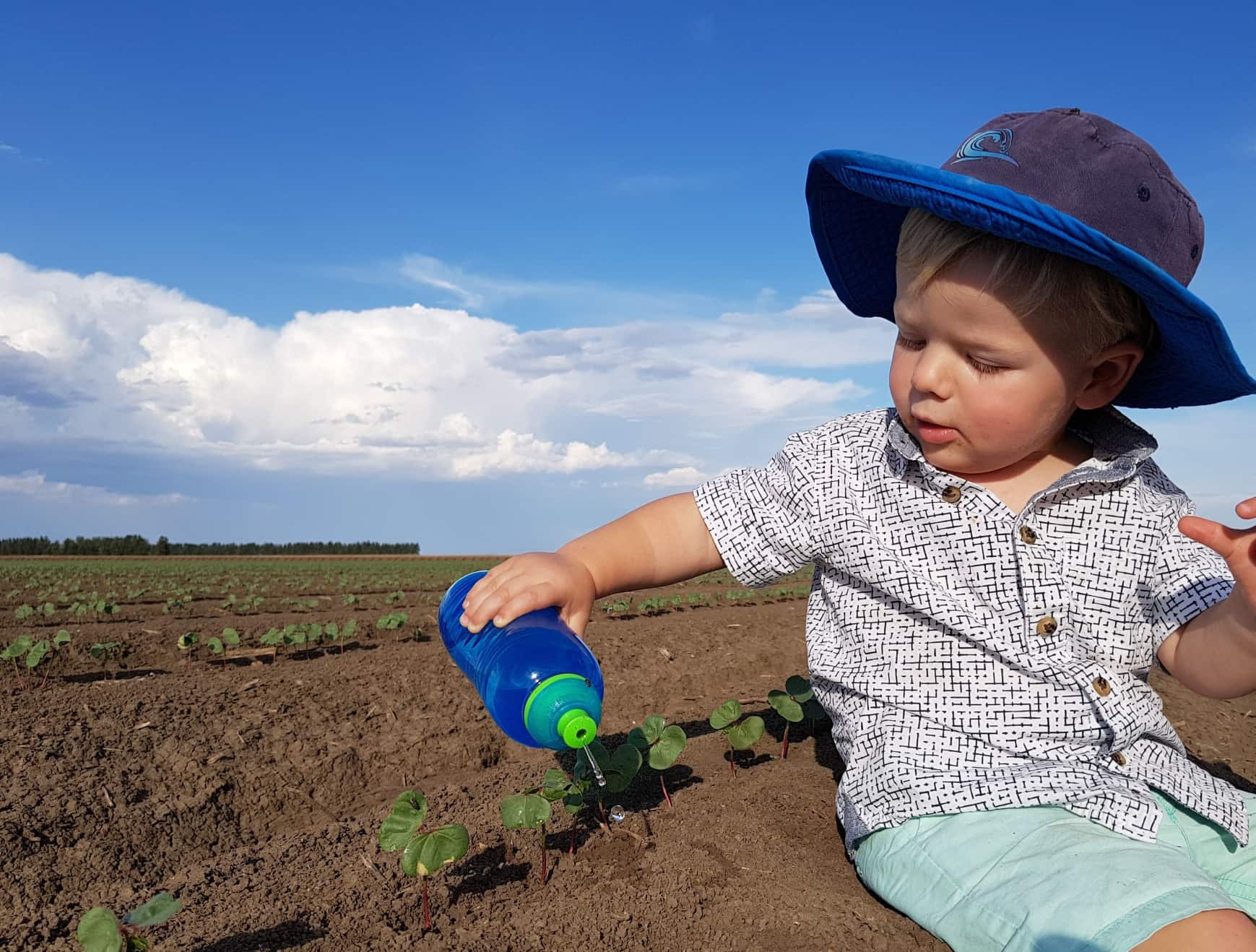 The water that’s used and where it comes from?

The life it creates? The food and fibre it helps grow?

Resources not only for our nation, but the world.

And the people who care for our land?

What is the Murray-Darling Basin Plan?

The Basin Plan was passed into law in November 2012 and has been a significant milestone in Australian water reform. The Basin Plan balances social, economic and environmental demands on the Basin’s water resources, to ensure sustainability.

The Murray Darling Basin Authority has a lot of information about the plan on its web site https://www.mdba.gov.au/basin-plan/plan-murray-darling-basin

How does water get allocated?

Each river has a water sharing plan, under those plans the Government will make decisions about how much to allocated to irrigators depending on the amount available.  Before they allocate anything to an irrigator the Governments allocate the base flow for the river, then water for human needs, stock and domestic.

The amount of water an irrigator gets depends the type of licence and availability.  Having an ‘entitlement’ to an amount does not mean you automatically get that amount. In a dry year for example General Security licence holders get only a small proportion of their entitlement.

Why do we grow irrigated crops in Australian when drought is such an issue?

In a country with such variable rainfall the only way to grow many crops is to store water for the dry times.  If we didn’t use irrigation we wouldn’t be able to grow enough fruit, vegetables, nuts and dairy products to feed Australia.

Why do we grow rice and cotton in Australia?

Rice, cotton and other annual crops are important because they are ‘annual’ as oppose to being permanent like a fruit tree or a grape vine.  In a climate where rainfall is very variable it is sensible to have annual plantings which are only grown when water is available.

What it means is that in a dry year when irrigation allocations are low, those crops are not planted.  You can’t do the same with permanent plantings.

Why does a dry country like Australia grow cotton?

Cotton is a desert plant; it grows naturally in hot dry climates around the world. As an annual plant it is very well suited to conditions in the Murray Darling Basin.  Australian research has seen Australian cotton use 40% less water than other varieties and there has been a 90% reduction in application of chemicals.

Cotton is a great natural fibre which all the world uses.  Growing cotton in Australia is sustainable, it produces 10,000 jobs mostly in regional communities, and we know that unlike many countries the people who work on the crop are paid properly with decent working conditions.

Cotton Australia’s get the facts series has a whole lot more on the industry and its water use. https://cottonaustralia.com.au/cotton-library/fact-sheets/know-the-facts-around-australian-cotton

Why do we have a water market?

During the 1990s Governments took a decision to separate water entitlements from land, instead of owning a certain entitlement to water when you bought a block of land the two things became separate titles.  The idea was to create a water market that would allow an entitlement or an allocation to move (as far as is physically possible) to its most valuable use.  To a great extent that philosophy has worked, and it has seen water allocations moving to high return crops like almonds, other horticulture, cotton etc.

The water market allows people to buy and sell entitlements or allocations (which is the annual allocation of water to an entitlement) on an open market. The market has not only enabled commercial trading but it has also been the vehicle through which Governments have bought water for the environment.

There is more information on the water market here: http://www.agriculture.gov.au/water/markets/history

Why do we need irrigators in the Murray Darling Basin at all?

The Murray Darling Basin is Australia’s most important agricultural area, it produces more than 40% of Australia’s total agricultural production.  That means the food we eat and the natural fibre we wear and use.

Irrigation in the Basin grows product worth more than $7 Billion a year. Without Murray Darling Basin irrigation, we would have shortages of many food products particularly fruit, nuts and vegetables, we would have no Australian grown rice, we would be importing milk and dairy products and have no home-grown cotton production.  Most of Australia’s wine production comes from the Basin with key wine districts including the Barossa, Riverland, Riverina, Hilltops, Canberra, Orange etc all drawing their irrigation water from the Murray Darling.

What is a regulated versus unregulated river? And what about water theft and metering?

Most Murray Darling Basin rivers are regulated, that means they have dams that store water. In a regulated river an irrigator is allocated an amount of water according to their licence and they are able to decide when to use.  Take from regulated rivers is very accurately measured and metered.  The vast majority of irrigators in the Basin are on regulated systems.

An unregulated river is one that does not have water storage, these rivers are often the much more unreliable rivers – flowing only when there is good rainfall and often drying up.  On an unregulated river an irrigator can’t order water or get an allocation, they can only take an entitlement when there is flow at certain levels in the river. All water pumped from the river does have to be metered and there has been major reforms across the unregulated rivers to make that modern and extremely accurate.

Are NSW irrigators being given free water from overland flows?

Historically all landowners have been able to collect some of the water that flows across their land.  That’s how graziers get farm dams and householders get to collect rainwater in their farm dams and tanks.  It’s a right that has existed in NSW since 1912 and has been paid for in the price of the land.

As part of the Basin Plan it has been agreed that for irrigators that right needs to move from being attached to the land to being a ‘volumetric’ right.  That’s really important because it then means the amount of water taken can be accurately measured and regulated. It’s the first step to ensuring that the total take fits with the Basin Plan.

When this important reform is put in place an irrigator will have to accurately measure how much they take from an overland flow (a flood in other words) – the Government will independently also measure using the best available technology which might include satellite or other methods.

NIC is the national peak body for irrigators in Australia, representing member organisations across irrigation regions, States and major agricultural commodity groups. Our aim is to ensure the efficiency, viability and sustainability of Australian irrigated agriculture and the security and reliability of water entitlements.

Acknowledgement of Country: In the spirit of reconciliation, the National Irrigators' Council acknowledges the Traditional Custodians of country throughout Australia and their connections to land, sea and community. We pay our respect to their Elders past and present and extend that respect to all Aboriginal and Torres Strait Islander peoples today.