The National Irrigators’ Council (NIC) is the voice of irrigators across Australia.

It aims to develop projects and policies to ensure the efficiency, viability and sustainability of Australian irrigated agriculture and the security and reliability of water entitlements and to promote those projects and policies with a view to having them adopted or ratified by governments, statutory authorities and other groups and organisations.

The NIC was created in 2008 to represent the interests of irrigation entitlement holders across Australia.

A summit of representative groups across the industry recognised the need for a strong, independent and unified voice for irrigators across Australia, particularly with the Commonwealth Government playing a greater role sunset water policy.

NIC members are not individual irrigators directly, but their respective representative organisations. An ‘irrigator’ is defined as “a person or body with irrigation entitlement for commercial agricultural production”.

NIC is a non-federated body, meaning no state has any greater say in policy than another. The NIC is committed to representing all irrigators, no matter where they are or what they produce. The Council meets regularly to discuss and debate matters of policy. Adoption of policy is on a consensus basis.

A Board, with a mix of state representation and skills-based experience manages the administration of the Council with the CEO handling day to day operations. With a presence in Canberra, the NIC has direct access to decision makers at a political level. The voice of irrigators across Australia is heard directly at the point of decision on policy. 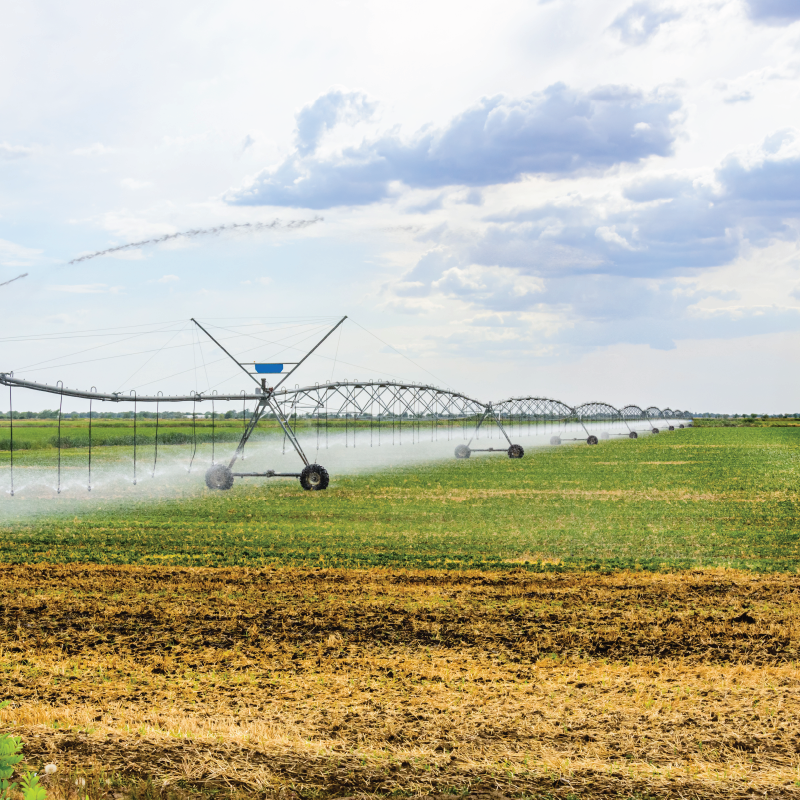 Jeremy was elected to the NIC board in October 2018. Jeremy is a rice farmer from Moulamein in Southern NSW and has been President of Ricegrowers Assocation of Australia since 2015. He was born in Swan Hill and has been an active participant in community activities and the implementation of the Murray Darling Basin Plan over many years.

Bernie George was elected to the NIC board in 2012. He is responsible for the water assets of Australian Food and Fibre. The company grows, processes and markets cotton and food crops.

Bernie has extensive experience in large scale irrigated agriculture, land and water asset development and natural resource management. He is a past Chairman of Cotton Australia and a graduate of the Australian Rural Leadership Program.

Michael has been working within the agriculture industry all his working life. He has been directly involved in corporate agriculture since 1998 developing scaled landscapes for Australian Superannuation Investments such as Retail Employees Superannuation Trust (REST) and Vic Super, a public sector industry fund where his brief was to rejuvenate, change a farming system and develop a sustainable landscape team culture to operate 3500 ha of irrigated agriculture enterprises including processing tomatoes, cotton, conventional & organic cereal production, combined with a focus on eco system protection.

Phil, along with his wife Lynda have been operating a mixed irrigated and dryland farm near Tocumwal since 1990. Phil was elected to the NIC Board in October 2021, and he brings a wealth of knowledge to NIC from his time serving on the boards of Murray Irrigation and Southern Growers. Phil has been recognised by the Berrigan Shire for both on-farm environmental works in 2006 and the Business Person/Entrepreneur of the Year in 2009. He also received the National Farmers Federation Innovation in Agriculture Award for New Technology in 2010.

Karen is part of the senior management at Murrumbidgee Irrigation Limited. She has been at the cutting edge of water policy development for the last decade and is currently a member of the MDBA’s Basin Community Committee. Karen has an Honours degree from the Australian National University, is a graduate of the Australian Institute of Company Directors and was awarded the prestigious RIRDC NSW Rural Women of the Year in 2011.

Caren, along with her husband Drew own and manage an Almond Orchard at Murtho in South Australia and are currently raising a young family. Having previously worked for the state government in the groundwater and wetland areas, Caren took on the leadership role as the chairperson of the South Australian Murray Irrigators group in 2009. She is also a current serving councillor and chairperson of the Natural Heritage Committee for the National Trust of South Australia (NTSA), a role she has held for the past four years.

Rosalie is the Chief Executive Officer of the Renmark Irrigation Trust in South Australia. She was elected to the NIC Board in October 2021 and brings with her a range of valuable business management experience in the areas of finance, negotiation and systems thinking. Rosalie also serves on the Murraylands and Riverland Landscape Board’s Water Advisory Committee, SA River Murray Strategic Water Issues Consultation Steering Committee and the Katarapko Community Advisory Panel.

Isaac Jeffrey was appointed as CEO in December 2020. Isaac has a background in government, small business, and public and government relations. He spent over a decade in government holding roles which included Chief of Staff and Principal Private Secretary to various Federal Ministers. Isaac has a Master of Politics and Policy and a Bachelor of Business (Honours). He is a country boy at heart, having grown up in Gunnedah in North West NSW, and he is passionate about regional issues and empowering local communities.

Michael Murray is the National Water Manager and Queensland Policy Manager for Cotton Australia and was formerly Chief Executive Officer of the Gwydir Valley Irrigators’ Association, based in Moree in northern NSW. He was elected to the NIC board in 2009.

Jenny is the Policy and Communication Manager with Coleambally Irrigation Co-operative Limited a member owned gravity irrigation supply scheme in the Murrumbidgee Valley. Jenny also owns and operates with her family an irrigated cropping farm in the NSW Murray.

Jenny has extensive experience in water policy and government relations. Jenny has a tertiary qualification in Agricultural Science and Communications and is a Graduate of the Institute of Company Directors. Jenny is also a director of Finley Regional Care (a not for profit based supply medical and aged care services in the southern Riverina).

Steven is the General Manager of Pioneer Valley Water and he was elected to the NIC Board in October 2021. During his career in the oil and gas industry he was involved with several international water management projects. Steven has extensive senior management experience across the areas of strategy and leadership, sales and marketing, managing change, creative thinking and implementation. He has been recognised by Boards for innovative business development, maximising revenues and delivering projects on time and within budget.

Rebecca joined the NIC team in March 2022 in the role of Administration and Communications Officer. Rebecca has spent her career working in a range of diverse roles across marketing, print advertising, event management and graphic design. She has spent the past 12 years running her own small business and brings a range of skills that will support the growth of NIC.

We have recently renewed our brand to include the tagline – Food. Fibre. Future.

Food means standing up for those who fed our nation and the world. Fibre is to fight for those who grow and produce our everyday textiles for a busy world on the go. Future is to communicate our sustainable practices and advocate for a sustainable industry for tomorrow.